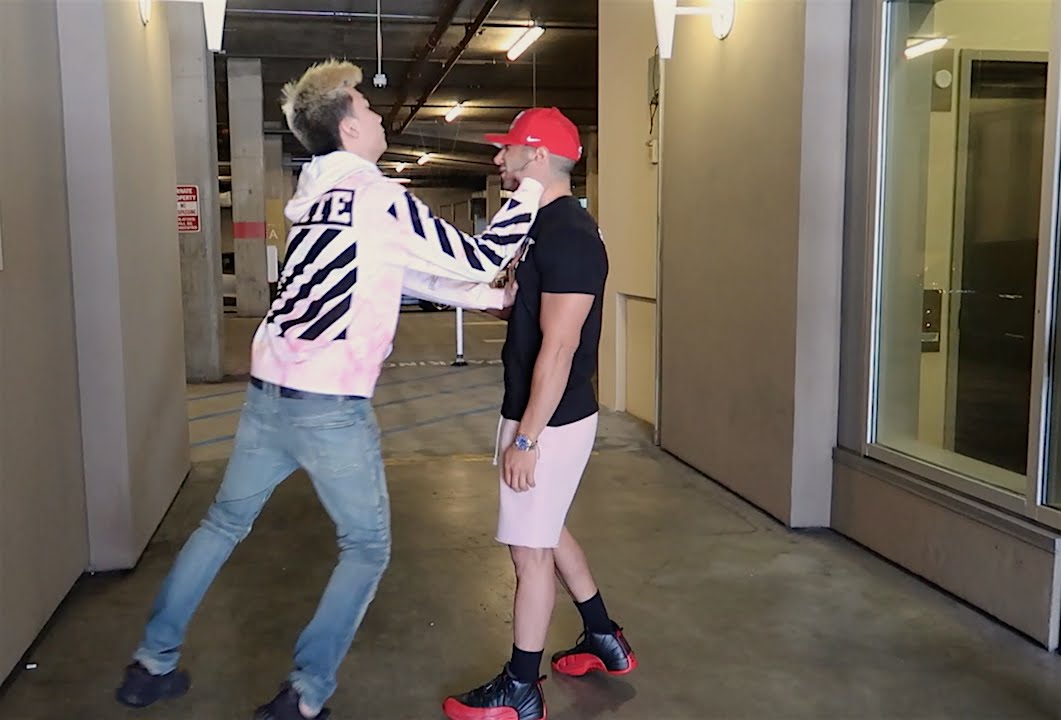 Over the past day or so, YouTubers fouseyTUBE and RiceGum appeared to be feuding over Twitter, sending attacks back and forth to each other. Yesterday RiceGum even uploaded a phone-recorded video that appeared to show RiceGum punching fouseyTUBE in the face, which got tens of thousands of retweets. This drama was reported on by other news outlets like Scarce and DramaAlert, however, today it was revealed that the fight was faked.

In a video titled "Why RiceGum Punched Me... EXPOSED!" fouseyTUBE shows the planning that took place behind the scenes to pull off the elaborate collaboration. It appears the motivation to create this fake fight was to deliberately trick one of the many YouTube drama channels into reporting it as real news. Sure enough, all the major YouTube news channels picked up the story, although Keemstar said in a video that he believed it was fake. In fouseyTUBE's video he proceeds to go on a rant about how terrible YouTube drama is, and how he believes the people reporting it are the problem.

However, despite fouseyTUBE's apparent distaste for YouTube drama, his attempt to create fake drama has helped grow his audience by over 57,000 subscribers over the last 24 hours, one of the largest increases in his channel's history. This may very well be in part thanks to reporting by the very YouTube news channels he criticizes in his video.